Author Julia Johnson is based in Dubai and has written dozens of stories for children, which frequently focus on the history and culture of the Arabian Peninsula. Scroll down to see the illustration process of this book.

The Old Man and his Donkey

“Abu and his donkey have been together for as long as anyone can remember. Everyday they bring water to the village in the mountains, and every day the villagers are waiting for them, ready to fill their pots. Sometimes the donkey carries firewood, sometimes sacks of rice, and in the long dark nights she has a very special job to do. But one day a young man in a shiny truck rolls up. He can carry more of everything and much faster, can’t he? So what will become of Abu and his donkey now? But big isn’t always best, and nothing can rival the experience of an old man and his tired and trusted friend, especially in the mountains!”

Available on Amazon, or myself.

Research and scribbles to find just the right character.

Multiple pages to “search” for the right main character. 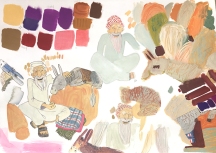 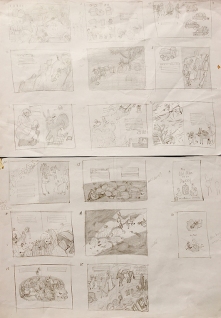 Mapping out all the spreads.

Research and scribbles for a setting with loose lines. 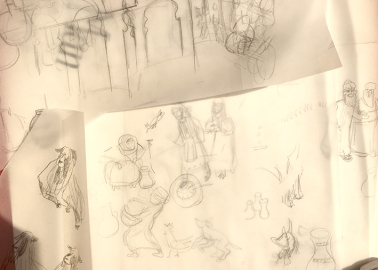 Transparencies and sketches to play with layout. 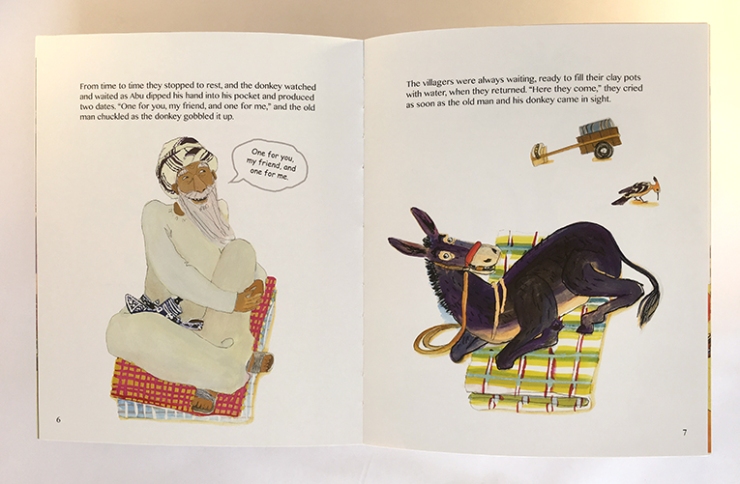 The Blue Jackal
and other tales from Islamic Lands 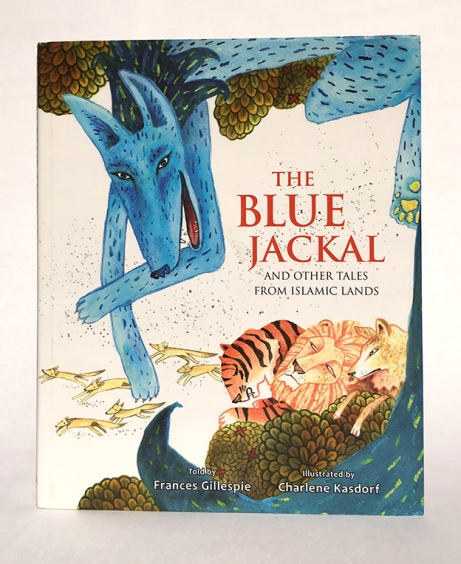 The author was inspired to make this collection of tales by the animals depicted on the works of art on display in the Museum of Islamic Art, Qatar. With the support of Occidental Petroleum of Qatar Ltd, these fables, which have been handed down from generation to generation around the world, are now brought to a new, young audience.
– Medina Publishing

“Once upon a time there was a good king who had three very lazy sons. As he grew older, their father began to despair. He wondered how he would ever succeed in educating his sons so that, when the time came, one of them could take over the rule of the kingdom. Experts came from far and wide to give advice, but the spoilt young princes would not listen to any of them. At last a famous wise man arrived at the court and offered to teach the princes by means of instructive fables. So charming were these stories, so full of wit and wisdom, that the King’s sons were captivated by them and in time began to learn the lessons they taught.”